A storm is coming

Message From The Director

As the Park Director, few things worry me more than Hurricane Season. I keep several weather apps on my phone and during the season I find myself checking them almost daily to see what is brewing in the Atlantic that may impact us here in South Carolina.  As storms draw near the coast, my counterparts and I in the southeast, from Texas to Virginia, keep in touch and though we hope it doesn’t hit us, we also worry for each other and the parks teams that will invariably be impacted.  Parks employees know the challenges of preparing for a storm; hours spent getting ready for potential recovery while still keeping the people using our sites safe and informed.  Once a decision to evacuate is made, our staffs have to get the park as secure as they can, evacuate campers and visitors, cancel reservations, stage recovery equipment and so much more.  Many of them do all this while their families wait for them to finish so they can evacuate, or they watch their families leave and end up staying close by to get parks back up and running after the storm. All of this to say, hurricanes create quite a shake up long before the first breeze is typically felt. Hurricane Ian was no exception.

As the storm grew in size, Park Services along the East coast began preparations.  In our state, parks were notified by their Region Chiefs to gas up, prepare equipment and review emergency action plans.  On Wednesday we waited and worried about our counterparts, and the people of Florida, as the storm raged over the state. As I texted their director, he let me know his family was safe and as the storm moved back into the Atlantic he wished me luck as it seemed it was heading our way next. As Florida began to assess damage we began preparations.

Our state has an excellent Emergency Management Division which helps us coordinate and keep tabs on where the storm is going, likely outcomes and resources available.  As we received updates, we decided our best course of action for parks was to evacuate and close sites along the lower coast. From securing the animals in the Charles Town Landing Animal Forest to facilities along the beach at Edisto and Hunting Island, our staff jumped into action.  While preparing for what seemed like would be a direct hit, they evacuated campers and cabin guests and informed incoming reservations of the closure. Like a well-oiled machine, park staff, call center, operations and so many more did their parts to quickly prepare. By mid-day Thursday we were ready for what still appeared to be a direct hit to the lower coast. As the day wore on the storm shifted, by evening impact was predicted somewhat further north, but we still expected those parks in Charleston County and below to face the worst of it. That, however, was not what Ian had planned.

On Friday morning when I woke up and checked my weather apps, Horry and Georgetown counties were now facing a direct hit.  While those teams had prepared, we had not evacuated our staff or the few remaining campers and cabin guests who had chosen to stay.  As the day wore on, I began getting the texts and pictures from the parks.  The wind event had turned into a water event with incredible imagery of waves crashing over the pier at Myrtle Beach and a completely flooded parking area at Huntington.  Staff had been communicating with visitors and some had taken shelter in facilities as water rose and branches fell.  Some of our team at Huntington was forced to take shelter in the elevated office building as a tidal surge, that reached over four feet in some areas, chased them to higher ground.  The pictures, some of which we later shared on social media, hardly do justice to the power of the water that became the story of the day. When all was said and done, everybody was ok, and that was all we were ever really worried about.

On Saturday after the storm I headed to the coast to see the damage and check on our staff. As with other storms, the first thing that always impresses me when I visit the impacted park, is the attitude of the staff.  The crews cleaning up the parks less than 24 hours after the storm subsided were laughing with each other as they dragged limbs and debris and shoveled mud and sand out of restrooms and off walkways.  In the few hours it had taken me to travel to the coast they had made significant strides in getting the parks clean and safe enough to open again.  Some of the damage to facilities, like the pier and boardwalks, will take months to repair, but the tasks our team could accomplish quickly were well underway.  In the days that followed, help from employees around the state arrived to pitch in as a show of support.  Other parks that were impacted also got help from their neighbors and for most of our visitors today, Ian is a memory that will fade.

Though fleeting from most peoples’ conscious, park visitors with a keen eye and a good memory will see the impact Hurricane Ian for years.  The dunes at Myrtle Beach and Huntington Beach were severely eroded away, in fact, stakes from reconstruction after Hurricane Hugo (1989) were exposed for the first time since the dunes were re-built after that storm. Thirty plus years of natural growth had created a beautiful dune system and six hours of Ian washed it away.  For most visitors, the closed end of the pier at Myrtle Beach and the missing nature center boardwalk at Huntington Beach will be the only reminders; we are lucky that that is the case. Our counterparts in Florida were not so lucky. In the days after Ian, the Florida State Parks Director would share with me that they had three parks lost to the storm and over a dozen park residences completely destroyed. The re-build of that infrastructure and the other damage to parks will take years to recover from. But parks and parks people are resilient.  Like the dynamic ecosystem we work in, we adapt. Like our family the Florida team was fortunate as the Park family suffered no loss of life. The parks will come back. Mother nature and a talented team will help.

For our Park family out there, who happen to read this, thank you.  Your hard work preparing and supporting each other every time a storm hits is the main ingredient in what makes a place like this such a great place to work.

To our visitors and guests: as you come and enjoy the special places that are state parks, take a moment to look around.  Wonder about the impact’s nature can and has had on the landscape around you, the changes that happen over time or in 24 hours. But no matter the challenge, these parks will bounce back with a little help from their teams!!

Thank you to everyone who has helped us though the storm season so far!! 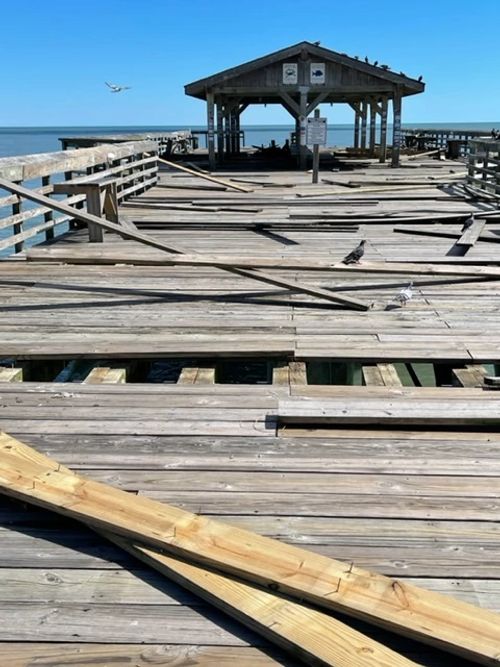 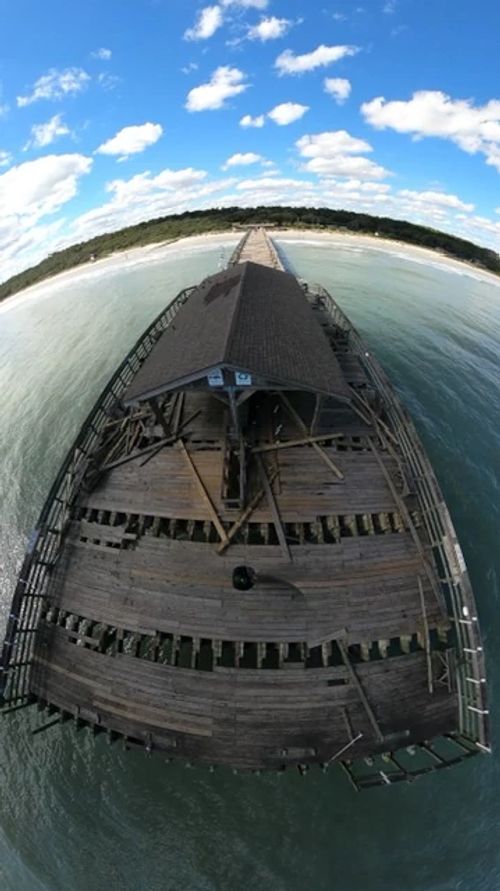 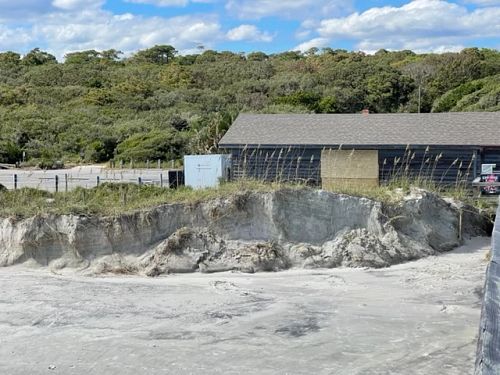 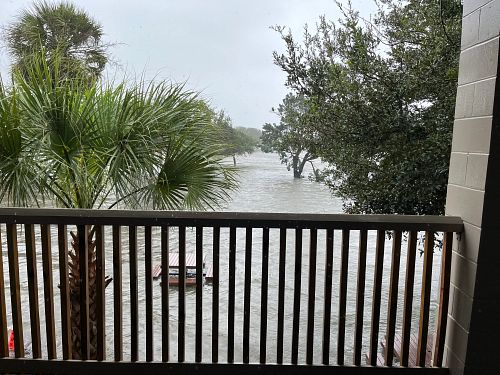 Flooding at Huntington Beach State Park as viewed from the park store.